The most important thing is, Slackware ARM Linux runs impeccably, as you would expect, on the Raspberry Pi 3.

The Raspberry Pi 3 is more of an evolution rather than a revolution. Think of it as a renovation, and not an innovation, of the Raspberry Pi 2. However, there are a few pleasant surprises in store...

The Raspberry Pi 3 looks and costs the same as a RPi2. It has the same amount of DDR2 RAM (1GB) and uses the same VideoCore IV GPU. The GPIO has the same configuration. It uses microSD cards just like the RPi2. The connectors are identical, in precisely the same place, and it even fits perfectly into a RPi2 case!

Let's take a look at the Raspberry Pi 3 Model B and what it has to offer. 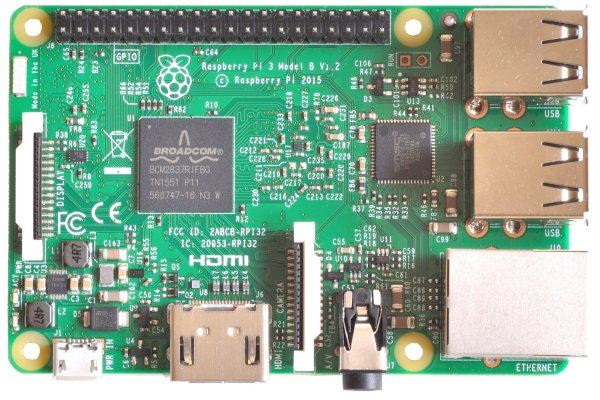 At first glance this new device looks almost identical to the Raspberry Pi 2 Model B. On closer inspection, you'll see there's a different SoC, the BCM2837, boasting a 1.2GHz quad-core ARMv8 Cortex-A53 [64 bit] CPU. The 1GB LPDDR2 RAM remains the same but now runs at a clock speed of 900MHz, which is double the speed of the RPi2 RAM. The VideoCore IV GPU speed has been increased to 400MHz. The only other noticable visible differences are the PWR and ACT LEDs have been moved to the other side of the board (again) to make room for the Wi-Fi aerial, and a tiny new BCM43438 chip on the underside of the board. This chip provides the on-board 2.4GHz 802.11n WLAN and Bluetooth. The microSD card slot has changed from a push-push affair to a push-in/pull-out method, just like the RPi1's method using full size SD cards. 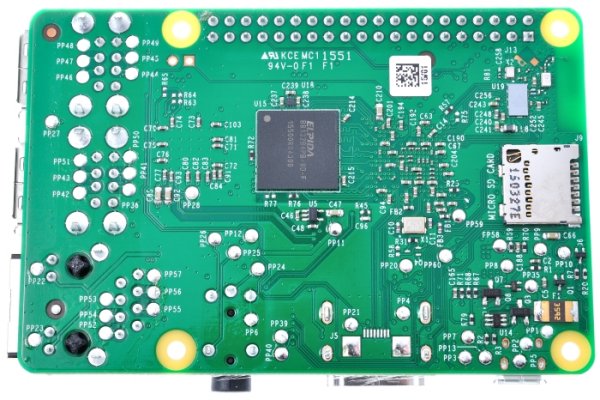 You'll find the same 4x USB 2.0 ports (only now with a max current of 1200mA which means you can connect a few more USB devices without any problems), HDMI connector, audio/composite jack socket, 10/100 ethernet port, and micro-B USB power socket, that feature on the RPi2. All of the connectors are in the same place with the same functionality, and the board is of course powered via the now familar 5V micro-B USB power adapter (or GPIO pins if you prefer), but which now requires a 2.5A rated supply. Having the same form factor means the Raspberry Pi 3 fits into any existing RPi2 case or enclosure, but remember the LEDs have been moved to the other side of the board. It also incorporates advanced power-saving functions much like the RPi2 features. The Raspberry Pi 3 has been upgraded with a new Soc, CPU, RAM, Wi-Fi, and Bluetooth, but retains the same price as the RPi2 Model B (US $35 / GBP ~£25 / Euro ~€30 - ex tax). 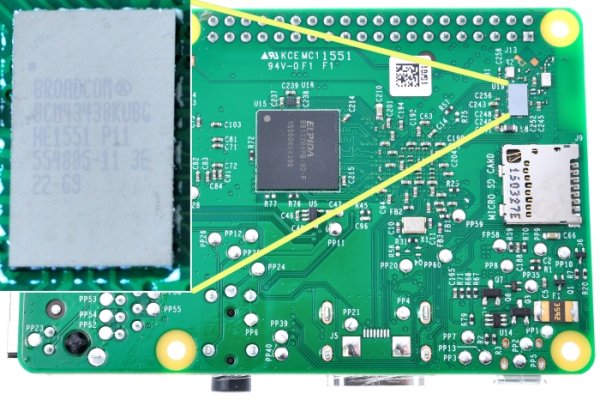 All things considered, the Raspberry Pi 3 is a decidedly good first buy, and/or upgrade/replacement over the RPi2. Even though it has the same $35 price tag, it reportedly, "provides a 50-60% increase in performance in 32-bit mode versus Raspberry Pi 2, or roughly a factor of ten over the original Raspberry Pi". The Raspberry Pi 3 is also reported to be completely compatibile with the RPi1 and RPi2 so your existing operating system(s) and software should work the same.

How does Slackware ARM perform on the Raspberry Pi 3?

["How does Slackware ARM perform on the Raspberry Pi 3?" answered by

The conundrum here is...

A: "Only if you require, or will benefit from, the additional power and speed of the upgraded hardware."

To find out the hardware revision of your Raspberry Pi(s), use this command, as 'root' user, at the command prompt:

The currently available Raspberry Pi 3 Model B revisions are:

For further information on the Raspberry Pi 3 Model B see this link. For benchmark comparisons and more detailed hardware spec's see this link.