First and foremost, Slackware® is a registered trademark of Patrick Volkerding and Slackware Linux, Inc.

Slackware is a Linux-based operating system which runs on i386 and x86_64 computer systems and was initially released on Saturday 17 July 1993 by Patrick Volkerding. At 27 years 8 months and 29 days old (and counting), Slackware is the longest surviving - currently maintained - Linux distribution available [older than Debian by just 2 months] and is still the most UNIX-like Linux distribution out there. Slackware maintains a KISS philosophy and uses plain text files and a small set of shell scripts for configuration and administration instead of GUI 'point-and-click' style interfaces which are found in many other Linux distributions. Slackware complies with established Linux standards, such as the Linux File System standard, and has always considered simplicity, stability, and security, paramount. As a result, Slackware has become one of the most popular, reliable, and friendly distributions available. Slackware is also one of the most powerful Linux distributions available. But having this kind of power at your fingertips doesn't come easy, because it's not nearly as effortless as many other Linux alternatives.

Slackware is its own entity and does not attempt to gain dominance over its peers by offering the 'bells-and-whistles' GUI wizards that do it all for you, which can be found in many other Linux distributions. One major difference is that Slackware is one of few remaining distributions resisting the implementation of systemd. Slackware, being "UNIX-like", predominantly offers a command-line-based environment and most of what you do can be typed at the command prompt. However, just like any modern operating system, Slackware can be used in a fully functional desktop environment. For whatever purpose you use Slackware, you'll have complete control over your system at all times and at every level. Slackware often forces you to do things, sometimes in ways many other Linux distributions do not, and in-turn gives you experience, an education, and an insight into Linux that you might not otherwise attain. It goes without saying that there is a little more work involved to install and configure Slackware than most other Linux distributions but once the operating system is installed and running it generally requires very little maintenance. Alternatively, it might require a lot of maintenance, depending on the purpose of your system. That's the beauty of Slackware, you can use it for whatever you like. It's not difficult at all, it just requires the right knowledge and know-how (as with all things) and this can be achieved by reading, asking questions, and gaining experience while using the system. Slackware is certainly not rocket-science but it does require a little more in-depth knowledge and learning than most other distributions, and for good reason. It's THE BEST educational tool you will find on any Linux platform and on that basis Slackware remains peerless. If you want to really know and learn about Linux then Slackware is something you should seriously consider using. There really is no better learning-curve available on any other Linux-based system than Slackware. On top of all that, Slackware is very reliable, very secure, and VERY stable!

"Use Debian and learn Debian. Use Ubuntu and learn Ubuntu. Use Slackware and learn Linux!"

The above line is an old Internet aphorism. ;-D

Why doesn't Slackware use systemd?

Slackware doesn't need systemd! Slackware uses SysV init which has a time-served and proven track record of just working, quite flawlessly. Some people say, "SysV init is old and needs replacing." but that's usually just a casual desire for something new. Think of this topic like the doors in your house; they do what they're designed to do, they've been there for many years, they still work perfectly, they have no flaws or damage, the handles are secure, the hinges aren't loose. So why would you replace them? Likewise, Slackware's SysV init system doesn't need replacing with systemd. If it's not broke then don't fix it! System V is UNIX and Linux's traditional sysvinit daemon which uses runlevels. The way systemd works is more like a "Windows 9 Linux system" (sic) and does not follow any UNIX traditions.

But Slackware is old and ancient!

A lot of people, Linux users included, believe that Slackware is 'too old' and 'too hard' to bother with in this modern age. Or they think Slackware is a dead (or dying) OS because nobody uses it or develops it anymore. This precept could not be further from the truth. Patrick Volkerding is still the main developer leading the Slackware Team, who have been providing a similar and familiar installer for the OS accompanied by a collection of basic administration tools that have more than proved themselves throughout the years. This means system administrators (i.e. you) don't have to re-educate themselves from scratch each time a distributor decides to deploy a new init system, again. Slackware *is* old (as far as the age of any operating system goes) but it's far from decrepit. In fact, Slackware is still one of the more secure Linux distributions available because updates and upgrades are only released when they are ready, after being thoroughly tested and proven. This ensures there are less errors and bugs in software releases, if any at all. People who say Slackware is, "Too old!" or "Too hard!" often mean, "Too much work and effort!", perhaps because it requires a little more time and effort than they are willing to invest on pointing and clicking, or typing 'apt-get -y install' or 'yum update'.

What about Slackware package management?

Slackware empowers users with the ability to pick and choose which packages to install. So, it has a much more neutral approach than most other Linux distributions. The package management system (pkgtool) does not track or manage dependencies, instead it relies on the system administrator (i.e. you) to ensure that the system has all the supporting system libraries and programs required by any new packages. If any of these dependencies are missing you might not find out until the newly installed software is used. If a package is not included within the distribution, there's a good chance SlackBuilds.org has a build script for it. With Slackware you will always have the option to build your own package(s). If you so choose, Slackware offers users the ability to build the entire OS package-tree yourself, as the complete list of build scripts are freely available. No other distribution makes building packages from source as easy as Slackware does. Incidentally, regarding package management, many people in the Linux community seem to hold the opinion that a package manager must by definition include dependency checking. It's not that Slackware packages don't have dependencies, but rather that the package manager doesn't check for them. While Slackware itself does not incorporate tools to resolve package dependents by automatically downloading and installing them, some community supported software tools do provide this function, similar to the way 'apt' does for Debian and 'yum' does for CentOS.

One of the best places to get, and offer, support for Slackware is on the Linux Questions Forum. Another is the Slackware Documentation Project. There's a LOT of information about Slackware out there on the Internet. Slackware is, after all, 27 years old and is extremely well supported by the developers with a very active and helpful online community.

You will certainly benefit from reading the Slackware Linux Esssentials book. Follow the link to view it online or you can download it using 'git' if a local copy is required:

It's also possible to recommend content, revisions, or updates for the official Slackware Linux Esssentials book. Visit the website at https://www.slackbook.org to verify the current status of the book and follow the directions to contribute.

Anything else of interest about Slackware?

There's 1,256,831.5 other interesting things about Slackware that we're not going to get into here. The best thing to do if you're curious is to try it for yourself!

As a reliable, stable, dependable, and secure Linux system, Slackware fits the bill in every respect. Although it's not the first Linux distribution you're likely to recommend to new users, Slackware is not that difficult to get to grips with and has fantastic support online with a vibrant user-community of very passionate and hardcore supporters (a.k.a. Slackers).

If you're the kind of person who doesn't expect everything to be easy as clicking a mouse button, and likes a bit of a challenge, with the reward(s) of learning and growing in knowledge and experience from using Linux, Slackware might just be what you're looking for. If you haven't tried Slackware yet you *ARE* missing out! ;-) 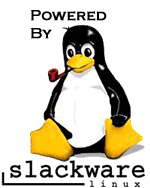 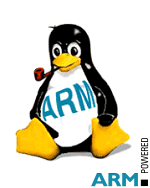 If you're in need of help, or have something to contribute, one of the best places to get (and offer) support for Slackware ARM is on the Linux Questions Forum. Another valuable resource is the Slackware Documentation Project.